"'Goaltending' and 'Swish' are sibling artworks created in unison. These projects were a long time coming, stemming from the observations I had been making of our parks and playgrounds. I noticed a sort of sequential pattern emerge in the parks, courts, and play structures alongside the phases and severity of the Coronavirus outbreak. Covid cases rose, different mandates were passed down from the state, new restrictions began to play out in our communities. These restrictions manifested themselves in interesting ways visually. For parks and play structures, things were fenced off--like the orange barricade fence in 'Playground'. For the courts, municipalities began tying up basketball nets to dissuade people from gathering. As the severity of the virus continued to rise, so too changed the restrictions; in some cases basketball hoops were entirely removed.
The actual backboards and hoops for these artworks are repurposed from houses and courts from around the Pittsburgh-area. With the assistance of a good friend, Jake, we removed them for people by request. After some clean-up and resealing they were turned into these artworks. 'Goaltending' was originally in West Mifflin."
Colors closely match the hexadecimal hues used by the CDC when color coding data. Link here.
Script across the backboard: Cities take drastic measures, like removing rims, to keep people from playing basketball on public courts originally published in USA Today on 31 March 2020. 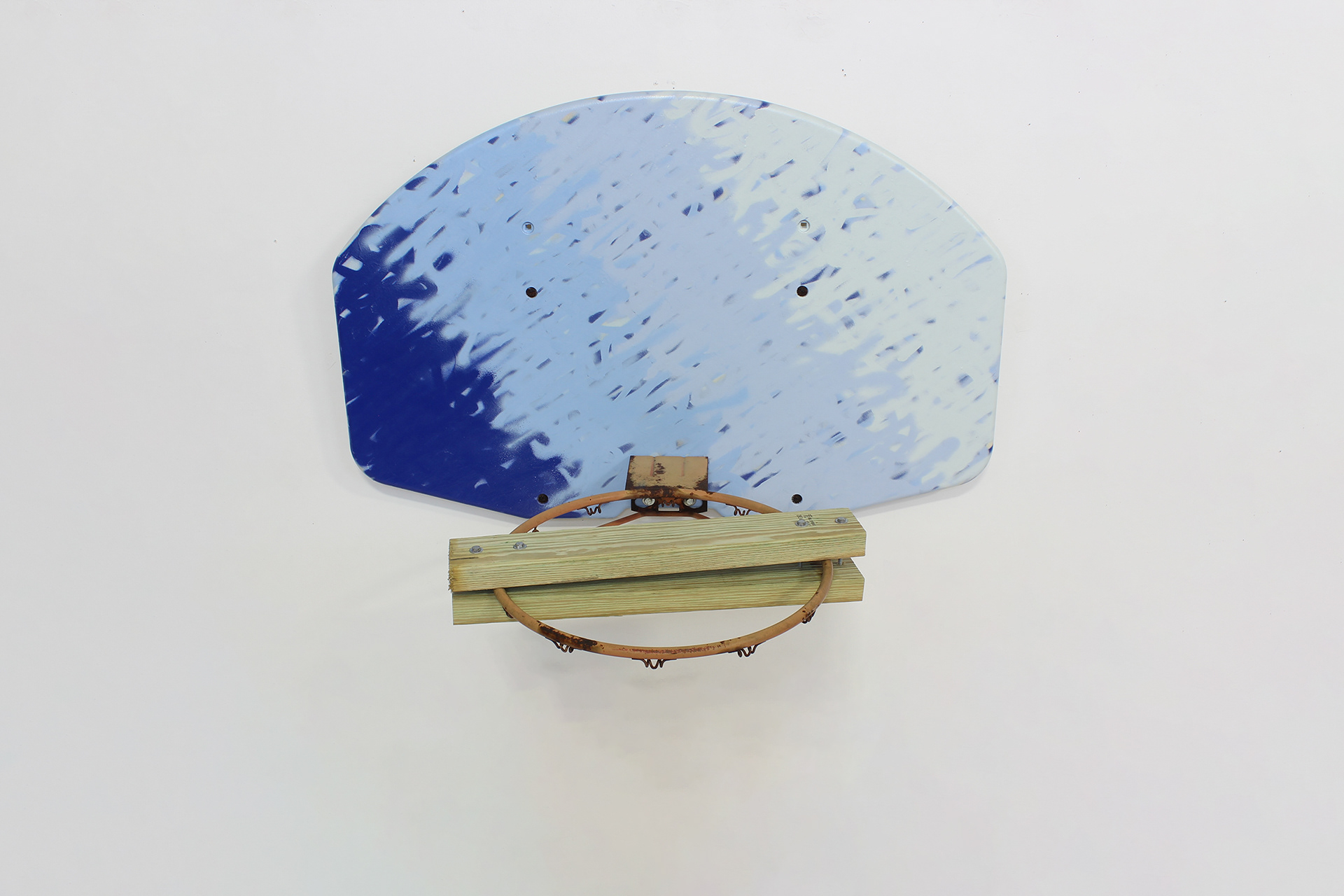 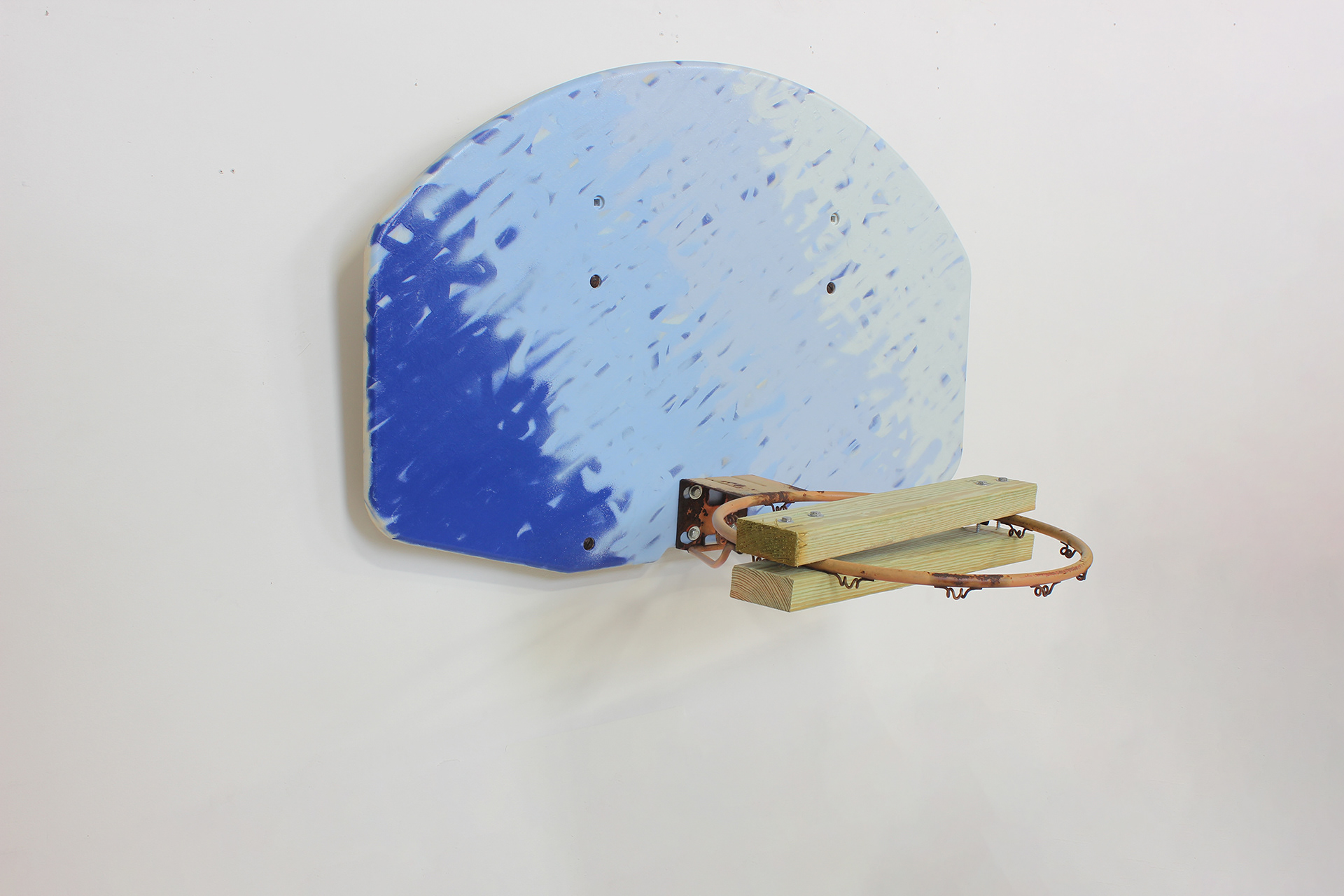 More from this collection.

From Kitsch to Culture
2017